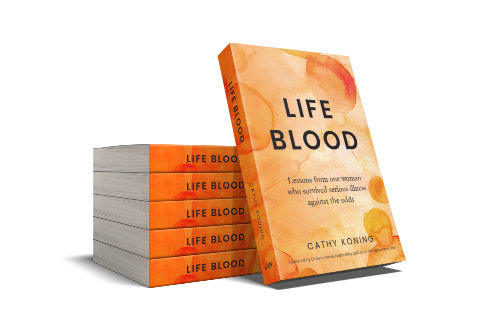 LIFE BLOOD: Lessons from one woman who survived serious illness against the odds. 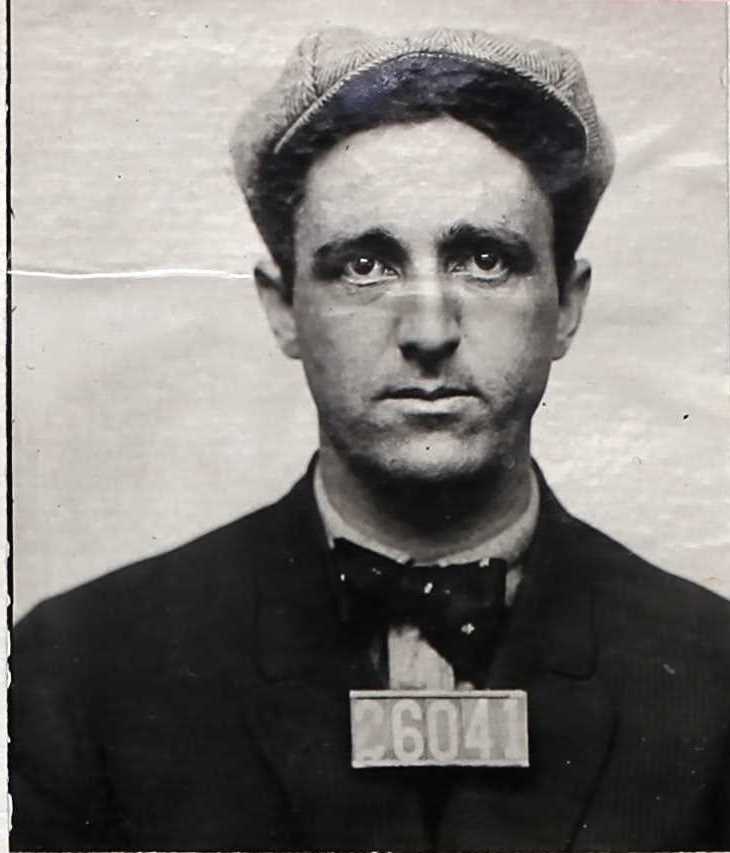 MASTER OF DECEPTION: The astounding true story of an American Con Artist

A work in progress … 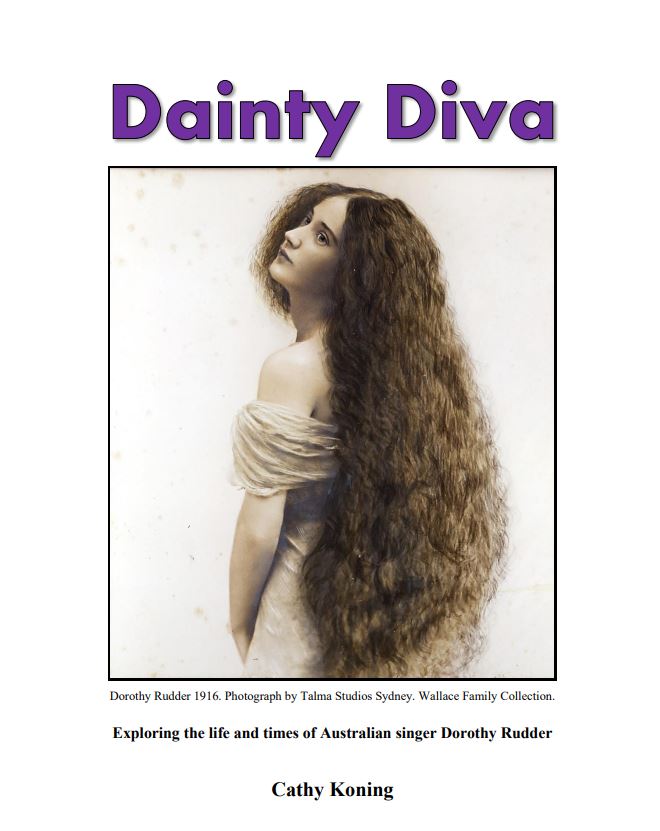 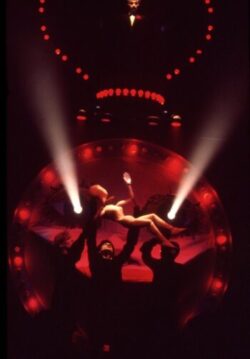 A work in progress. 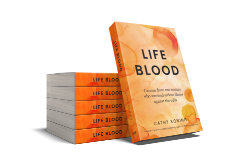 LIFE BLOOD: Lessons from one woman who survived serious illness against the odds.

MASTER OF DECEPTION: The astounding true story of an American Con Artist

A work in progress …

A work in progress.

Lessons from one woman who survived serious illness against the odds.

of The Happiness Trap 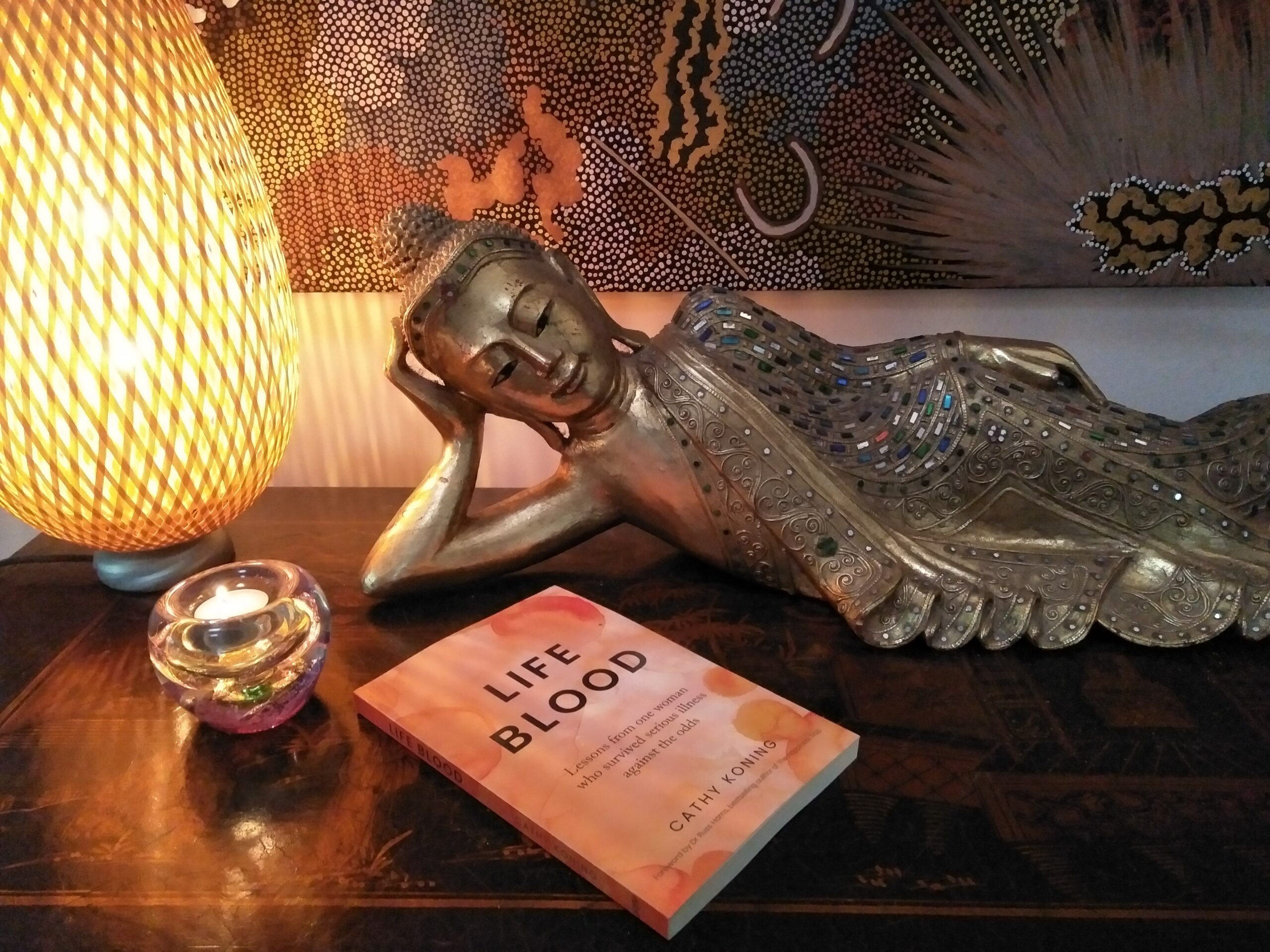 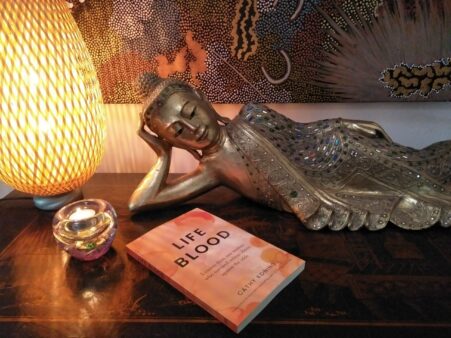 I decided to call my cancer the little c rather than the Big C. I wasn’t giving it that much power over my life!

My self-published book ‘LIFE BLOOD: Lessons from one woman who survived serious illness against the odds’ is available for purchase as a paperback, hardcover and e-book and you can order from Amazon, other major online booksellers eg. Booktopia and through your favourite bookshop. Any online reviews would be most welcome.

I’m so appreciative of everyone who has been by my side as I got to this point – family, friends, Dr Russ Harris for the Foreword, those who provided testimonials, my editor Amanda McMahon, cover artist Marina Jović, book designer Sophie White, my self-publishing mentor Julie Postance from iinspire media and Kellie, The Net Girl, who created this website for me. It takes a village or in this case, a metropolis. Thank you.

As I wrote ‘Life Blood’ I visualised my book sitting on local bookshop shelves as well as online. Then I gave myself a reality check. As a writer without the backup of a traditional publisher that would be a huge ask. But it is happening. Here I am at Jeffreys Books in Glenferrie Rd Malvern and Readings at Westfield Doncaster. Stoneman’s BookRoom in Castlemaine and Dymocks Adelaide also stocks my book. The dream is coming true and I am so grateful for the support of these lovely bookstores and their friendly staff.  Stay tuned for news of more stockists. 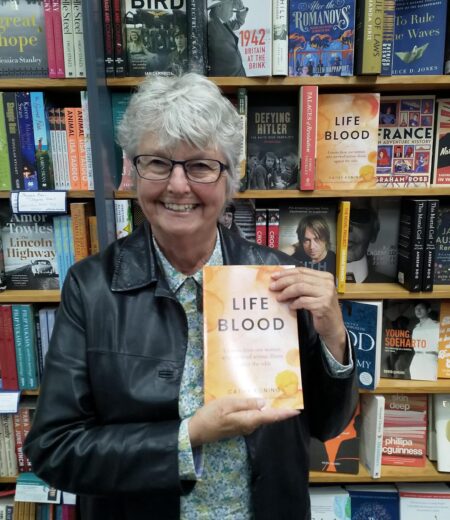 Cathy Koning’s book, “Life Blood”, was an eye-opener for me. I was fortunate to receive a copy of it from the author. It was a profound experience to learn about an “expedition with cancer”, as Cathy called it, from a patient’s perspective. Cathy’s beautiful use of language, and her ability to share moments of heartbreak and humor in such captivating ways, made it a great pleasure to read this essentially personal, yet incredibly informative story.

I enthusiastically recommend “Life Blood”, a compelling and hopeful book, to all patients with serious illnesses, and to all healthcare providers who serve them and their families. I’m grateful to Cathy for making this contribution to the literary world, and as I continue my 30-year nursing career caring for cancer patients, I know I will be a better, more compassionate, and more empathetic nurse for having read it.

A triumph of life! Truth and moments of levity combine to make for an enjoyable read despite the dire subject matter of cancer being faced.

A book with moments of levity and truth not to be missed!

From the front cover design to the formatting and edits this book is superb in its perfection. These things already set this book apart then as a gem among the works of self-published authors and books! An indie offering worth its weight in paper and ink.

Having read ‘Life Blood’ I am deeply moved. I love the honesty and sincerity of Cathy’s reflections and I can imagine the book would help carers to understand what their loved ones might be experiencing when undergoing treatment for similar disorders. The courageous way Cathy shares her innermost thoughts has led me to believe l know her intimately, and there is a certain privilege I feel in that. I’m so relieved she lived to tell her story.

Reviewed in Australia by Frank Italiano

‘Life Blood’ by Cathy Koning. Cathy writes of her journey with a dignified honesty. Her personal hints and advice are a great comfort. Sharing her fears and doubts with the reader makes for an intimate immediacy which, with the additional pleasure of knowing her as a former colleague, makes for compulsive reading.

Bottom Line Yes, I would recommend to a friend.

Submitted by Jan from Melbourne 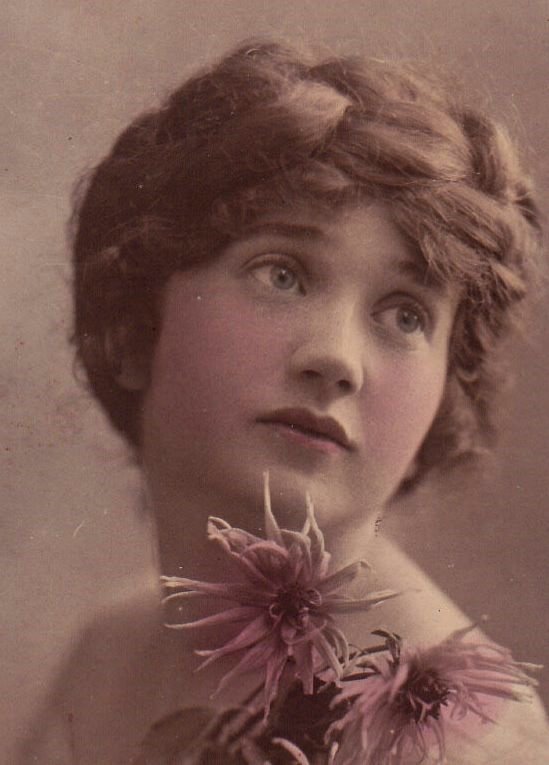 The many treasures discovered within a battered suitcase reveal the story of a courageous woman with a wonderful voice who was compelled to perform no matter what life threw her way.

Master of Deception: The astounding true story of an American con artist

A work in progress 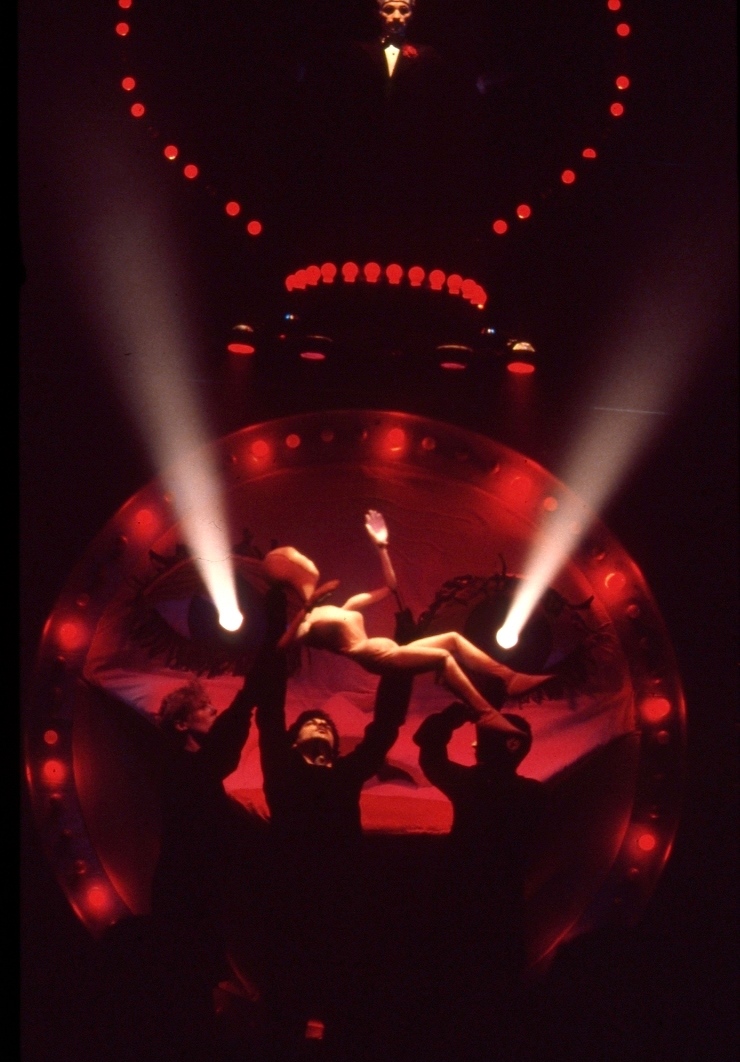 A real trip down memory lane for so many who attended the venue for that special night out, and a special tribute to the founders of the Last Laugh John Pinder and Roger Evans.

Life Blood: Lessons from one woman who survived serious illness against the odds.

Cathy has been feeling unwell for some time. Eventually her worst fears are confirmed with the shock diagnosis of Acute Myeloid Leukaemia. Cathy has a deep-seated aversion to medical procedures but without immediate treatment she will not survive – not a great combination. Maybe this is not going to end well.

Cathy’s moving, unflinchingly honest and often humorous recollections and reflections chart her experience from diagnosis to cure and beyond. Along the way, she is admitted to ICU and placed in an induced coma, her mother dies, she undergoes a lifesaving but risky stem-cell transplant and marries her partner of 37 years.

Cathy chronicles her cancer journey for readers seeking a better understanding of what it’s like to be a patient trying to survive against the odds. It’s for family and friends supporting a loved one, medical practitioners and patients themselves.

Life gave her lemons but Cathy decided to ask for something else.

Dainty Diva is the first biography of Australian singer, broadcasting and variety theatre artist Dorothy Rudder (1893-1940), my husband’s great aunt. It is illustrated with a unique collection of photographs, letters and other treasures.

How did it come about? Call it serendipity, call it luck. I felt compelled to explore Dorothy’s fascinating life in depth after becoming the caretaker of an old, battered suitcase and its trove of theatrical memorabilia within. Her drive to perform in theatre, that most challenging of professions, endured, no matter what obstacles life threw her way. As the research progressed I also gained insights into Australian history which led to the questioning of popular beliefs and clichés regarding societal attitudes of the time. They did not necessarily marry up with Dorothy’s experiences.

Dorothy, who by all accounts possessed a wonderful lyric soprano voice, is unheralded today but was well-known in the 1920s and 30s. Dorothy was petite and known for her lustrous head of hair. From her first review at age five, a remarkably resilient and versatile career evolved. Her early training was with Madame Christian, Nellie Melba’s first teacher. She kept a diary of an historic tour to the East with the Vanity Fair vaudeville company in 1918/19, often worked for major theatrical firms JC Williamson and Fullers Ltd and was the first soprano to sing on Australian radio.

In 1924 she married a mining engineer from the Malay States but the relationship was short-lived. She said he slapped her across the face on the wedding night. During the sensational conjugal rights case she took control of the courtroom with her feisty antics, leaving the judge ‘powerless’. Dorothy was a good friend of artist Ethel Phillips Fox, mixed with members of the British peerage and had an affair with the married head of Columbia Pictures in Australia. She bravely tried her luck on the London stage in her early forties, performing in the chorus at Covent Garden alongside two of the greatest singers of the 1930s, Richard Tauber and Beniamino Gigli until war forced her to return home.

This book has been assisted by funds allocated to the Royal Australian Historical Society through the Heritage branch of the NSW Office of Environment and Heritage.

What an exciting pleasure to meet the delightful Dorothy Rudder! With warmth and expertise Cathy Koning evokes Dorothy’s long stage, concert and radio career and the theatre greats with whom she worked. With its treasure trove of fascinating illustrations, Dainty Diva is an invaluable exploration of a now largely forgotten world of Australian and international show business. I heartily recommend it.

Dainty Diva can be downloaded free of charge. I hope you enjoy it. 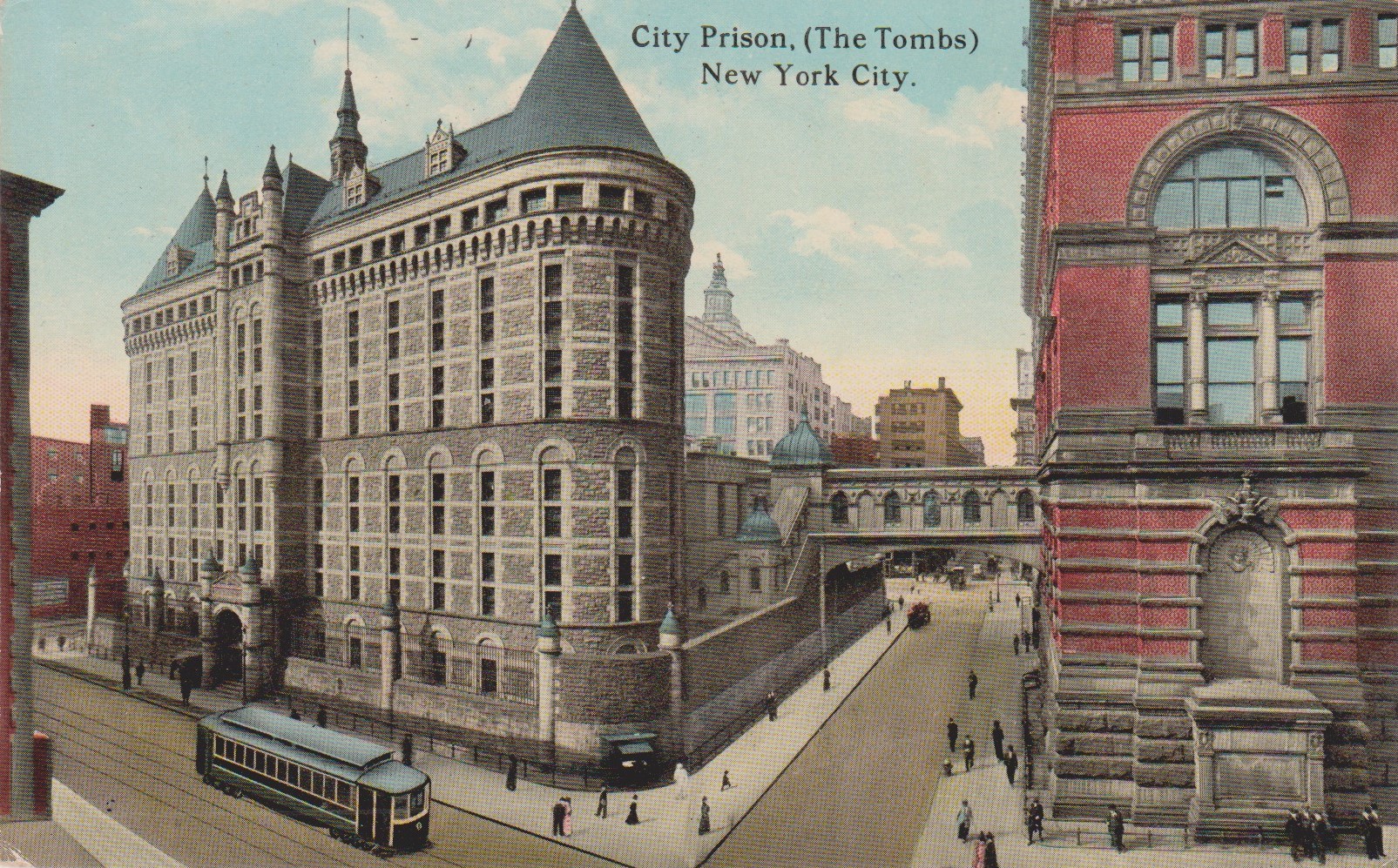 Master of Deception: The astounding true story of an American con artist

A work in progress

A notorious American confidence artist with more than twenty aliases to his name tricks his victims across the Pacific from Shanghai to San Francisco. Prison is no deterrent but will a life sentence at Folsom finally stop him in his tracks? Master of Deception is an incredible true crime story – Catch Me If You Can on steroids.

Master of Deception is an astonishing and bizarre confection; a complex mixture of truths, fabrications, mythmaking, deflections and dead ends. It started with the discovery of two letters written to Australian performer Dorothy Rudder, my husband’s great aunt, in Sandakan North Borneo in 1919. The writer addressed Dorothy as ‘Dear Little Gift of God’ and hoped she had no ‘after effects’ of her New Year partying, with after effects suggestively emphasised. After they parted company he wrote again, wanting to hear from the ‘young Australian lady with a wonderful voice’ or ‘die of despair. How is that for a protestation of devotion?’ he asked.  After completing Dorothy’s biography, Dainty Diva, I decided to play detective. Who was this seductive mystery man? A fabulously tangled tale emerged.

He was handsome – tall, dark and well-built. His large brown eyes were a powerful tool of persuasion; his stare was hypnotic, piercing, intense, almost pleading and ‘puppy-dog’ like, especially so in his prison mug shots. He was given life’s gifts in abundance and made creative use of those gifts in all the wrong ways.

As I began to open Pandora’s Box, I became aware that he had undertaken a mindboggling number of deceptions. Researching and tracking the real trajectory of his life of ‘reckless adventure and financial trickery’ continues to be a challenging adventure. He was the ultimate chameleon; a charismatic confidence artiste, an opportunist, a superb and fearless actor playing the roles, among many others, of famous flying ace, spy for the Manchu government in China, wealthy magnate from India, bootlegger’s lieutenant during prohibition and creator of an ingenious Ponzi scheme.

Another work in progress 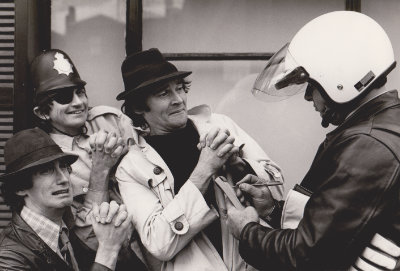 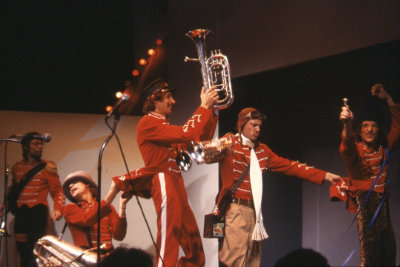 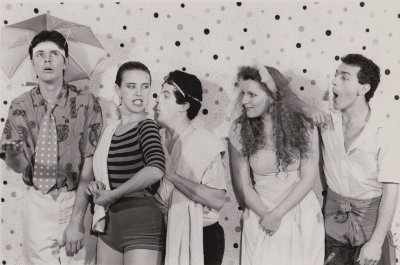 Off the Deep End

I am working on a very special project, a book chronicling the early years of the Melbourne comedy scene at the Last Laugh Theatre Restaurant in Smith Street Collingwood through live performance photographs taken by myself. Many of the performers featured in these images have gone on to become Australia’s best-known performers on radio, television and film.

The Last Laugh and the upstairs room Le Joke quickly became the engine rooms of live comedy and cabaret in Melbourne in the late 1970’s and 1980’s, creating and supporting numerous careers as well as presenting the very first Melbourne Comedy Festival. This book will provide a real trip down memory lane for so many who attended the venue for that special night out, and also be a tribute to the founders of the Last Laugh, John Pinder and Roger Evans, both sadly no longer with us.

My association with the Last Laugh commenced when my partner, now husband, Fred Wallace was stage manager and production manager in 1978. The photographs I took of more than thirty productions during these early years are unique; most have not been previously published. They capture both the special atmosphere of the venues, along with many spectacular and revealing moments on stage. The book will be an intimate portrait of a special time and place in the history of Melbourne’s comedy and cabaret scene. 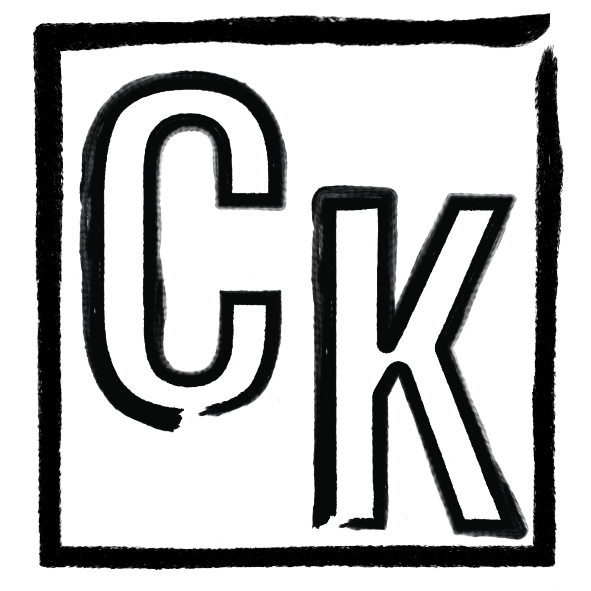